/tiles/non-collection/6/6-17-watergate-transcripts-PA2018_05_0015.xml Collection of the U.S. House of Representatives
About this object Two men delivered stacks of Watergate transcripts bound with white string to Capitol Hill, while a crowd gathered in the background.
Fifty years ago, on June 17, 1972, officers with the Metropolitan Police Department of the District of Columbia apprehended five men during a break-in at the headquarters of the Democratic National Committee (DNC) located in the Watergate complex along the Potomac River in Washington, DC. The burglars had been arrested while installing listening devices in the DNC’s offices. The arrests set off a chain of events that ended with the resignation of Richard M. Nixon as President in August 1974.

In the months after the Watergate break-in, reporters with the Washington Post traced the illegal activity back to the White House. The Nixon administration denied that the President had been in any way involved, and Nixon won re-election in a landslide in November 1972. But when Nixon learned that his close campaign advisors had authorized the break-in, he helped orchestrate a cover up. Amid a steady trickle of additional information in the press regarding Watergate, the U.S. Senate created the Select Committee on Presidential Campaign Activities in February 1973. Later that May, Attorney General Elliott Richardson appointed Archibald Cox, a law professor who had served as Solicitor General of the U.S. during the John F. Kennedy administration, as a special prosecutor to investigate the break-in. The Senate committee held televised proceedings between May and August, including a July hearing in which a White House aide revealed that Nixon routinely taped and recorded conversations he had in the Oval Office. Senate investigators and Special Prosecutor Cox subpoenaed the tapes; President Nixon refused to release them, prompting a protracted legal battle. When the U.S. Court of Appeals for the District of Columbia upheld Cox’s subpoena in mid-October 1973, Nixon tried to negotiate the terms of the tapes’ release. When Cox insisted on the full recordings, Nixon ordered Attorney General Richardson to fire Cox. Richardson refused and resigned. When Nixon made the same request of the deputy attorney general, William Ruckleshaus, he also refused and resigned. Eventually, Solicitor General William Bork, then acting as head of the Justice Department, carried out Nixon’s order to fire Cox.

/tiles/non-collection/6/6-17-donohue-rodino-PA2019_10_0039.xml Collection of the U.S. House of Representatives Harold Donohue of Massachusetts and Peter Rodino of New Jersey listen to the Watergate tapes as Rodino goes over notes with his committee colleague.
What became known as the “Saturday Night Massacre” pushed the U.S. House of Representatives to act. On October 23 alone, Members introduced more than a dozen resolutions calling for the House to open an impeachment inquiry. Within a week, the House Judiciary Committee began assembling staff to look into Nixon’s conduct, and on February 4, 1974, Judiciary Committee Chair Peter Rodino of New Jersey introduced a resolution authorizing his committee to commence an impeachment investigation. The measure passed the House two days later, in a near unanimous vote. In April, the Judiciary Committee forced the White House to release edited transcripts of the secret tapes, and lawmakers opened formal impeachment hearings, televised to a national audience in May.

On July 27, 1974, the Judiciary Committee recommended the first article of impeachment for obstruction of justice, and quickly followed with two additional articles for abuse of power and contempt of Congress on July 29 and 30, respectively. After being forced to comply with a Supreme Court ruling, the Nixon administration released the tapes themselves on August 5, just days after the committee approved the impeachment articles. One recording in particular—the so-called “smoking gun” tape—documented Nixon’s early efforts to direct the cover-up of the Watergate break-in. On August 9, 1974, Nixon resigned the presidency. Because Nixon stepped down, the full House never voted on the articles of impeachment.

/tiles/non-collection/6/6-17-Ford-Mourning-2007_154_003.xml Collection of the U.S. House of Representatives When Gerald Ford died in 2006, he lay in state in the Capitol Rotunda. This mourning card was produced for the event.

After Nixon’s resignation, Gerald R. Ford, the former House Republican Leader who had been named Vice President following the resignation of Spiro T. Agnew, ascended to the presidency. On September 8, 1974, President Ford pardoned Nixon. Ford later testified before the Judiciary Committee to answer questions regarding his decision.

The fallout from the Watergate scandal reverberated across the country and continued to erode the trust everyday people had in their government—a process that had begun with the Vietnam War a few years earlier. A large class of new Representatives elected in November 1974, dubbed the “Watergate Babies” by the press, sought to restore that confidence and pursued new initiatives to promote transparency in government. These lawmakers joined the efforts of other congressional reformers to revise ethics laws, amend and expand the Freedom of Information Act, and push for gavel-to-gavel televised proceedings of Congress.

This Edition for Educators highlights the role of the House of Representatives during the Watergate scandal and its aftermath.

/tiles/non-collection/6/6-17-Jordan-Stamps-2014_059_000-1.xml Collection of the U.S. House of Representatives
About this object The U.S. Postal Service issued a stamp honoring Barbara Jordan of Texas on September 16, 2011, as part of its Black Heritage series.

Barbara Jordan of Texas
From her seat on the Judiciary Committee, Barbara Jordan brilliantly and powerfully interpreted the Constitution during the Watergate impeachment investigation at a time when many Americans despaired about the country. As one of the first African-American lawmakers elected from the Deep South since 1898 and the first Black woman ever to serve in Congress from that region, Jordan’s pathbreaking career imbued her message with added weight and resonance.

Investigations & Oversight
As part of the “Origins & Development” series exploring the constitutional roots of the powers and activities of the People’s House, this section provides background and context for the investigative actions available to Members of Congress.

Watergate
The House of Representatives took a leading role in the impeachment investigation of President Richard M. Nixon during the Watergate scandal in the 1970s. In this collection of oral histories, interviewees recall the highly publicized Judiciary Committee hearings and reflect on the era’s lasting effects on American government. 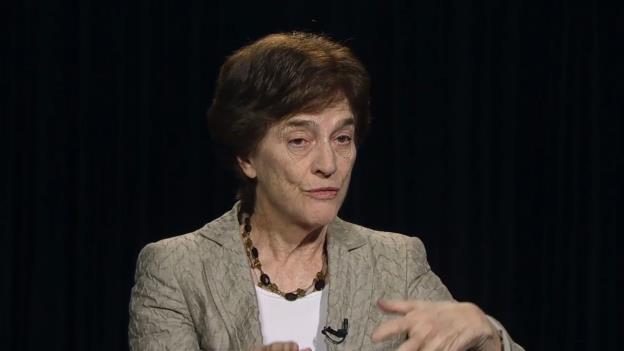 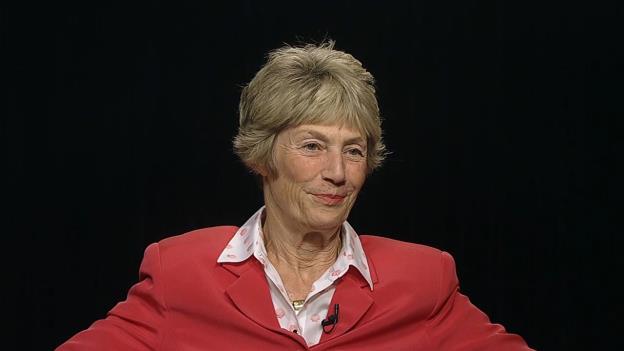 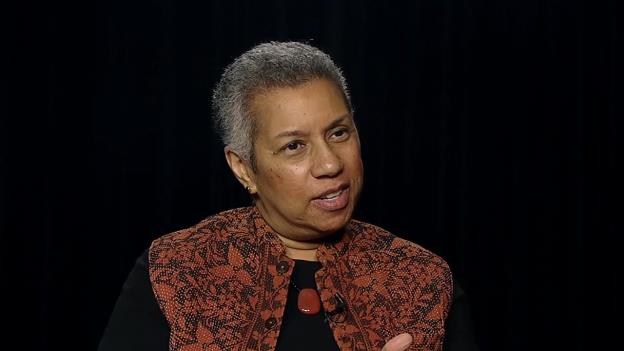 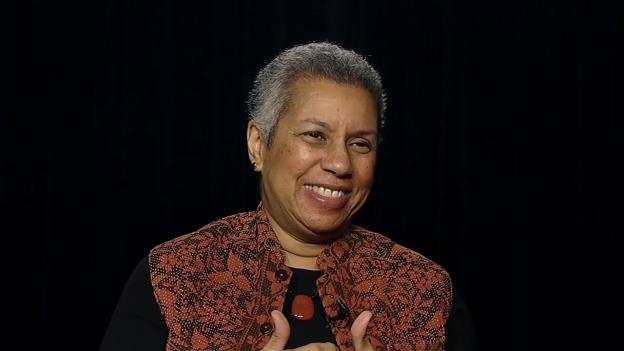 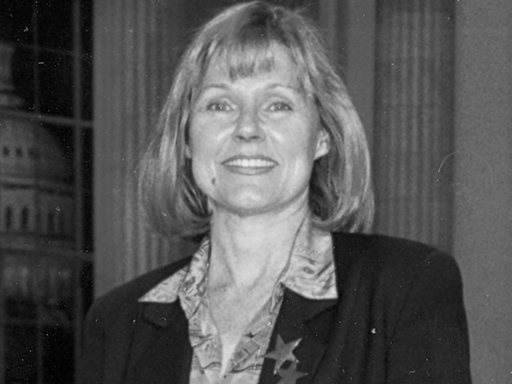 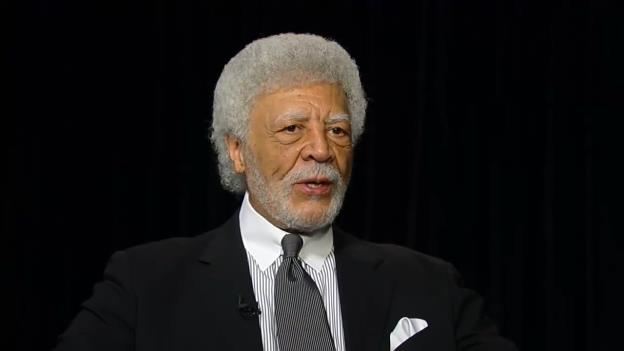 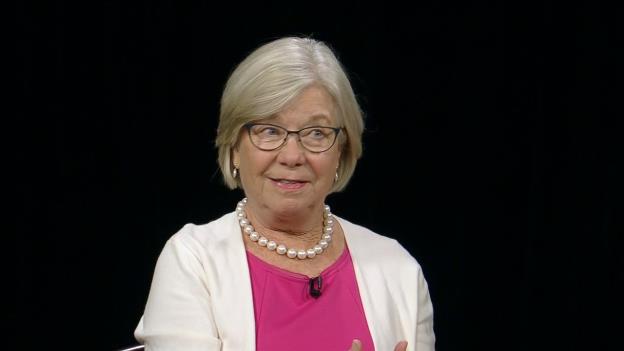 Impeachment Inquiries into President Richard Nixon
On October 23, 1973, 84 Members of the U.S. House of Representatives co-sponsored 17 separate resolutions calling for impeachment inquiries into President Richard M. Nixon following the “Saturday Night Massacre” in which a handful of the nation’s top government lawyers either resigned or were fired during the Watergate scandal. A few days earlier, on October 19, Nixon had defied an appellate-court judgment requiring him to turn over tape recordings of various White House meetings to investigators.

Amending the Freedom of Information Act
On November 20, 1974, the House overrode President Gerald R. Ford’s veto of an expansion of the Freedom of Information Act (FOIA), 371 to 31. Since its enactment in 1966, FOIA permitted public access to unclassified, executive branch documents, but the law proved cumbersome and executive agencies found several loopholes they used to deny access to documents. After cassette tapes implicating President Richard M. Nixon in the Watergate cover-up proved difficult to obtain, Representative William Moorhead of Pennsylvania and Senator Edward Kennedy of Massachusetts led the charge in Congress to expand and streamline FOIA.

/tiles/non-collection/6/6-17-Ford-Judiciary-pa2012_09_0005.xml
Listening to Tapes
In this photograph, taken on August 5, 1974, Representatives David Obey, William Steiger, Jack Edwards, and Edward Boland listen to the Watergate tapes through headphones. Days later, Nixon resigned before the full House could vote on impeachment.
Impeachment Inquiry Press Pass
The House Judiciary Committee held hearings to consider possible impeachment charges against President Richard Nixon in 1974. Tina Tate, of the Radio-TV Press Gallery, described the scene as one crammed with reporters and broadcast equipment.
Peter Wallace Rodino Jr. Portrait
New Jersey’s Peter Rodino is best known for his calm, measured demeanor as chair of the Judiciary Committee during the Nixon impeachment hearings. This is one of several portraits in the House Collection produced under the pseudonym C.J. Fox.
Tip O’Neill, Time Magazine Cover
Impeachment was in the news when Time magazine put House Democratic Leader Thomas P. “Tip” O’Neill Jr. of Massachusetts on its cover in 1974, soon after the start of the second session of the 93rd Congress (1973–1975).
“The Bug Stops Here!” Pencil
In 1973, at the height of congressional investigations into President Richard Nixon’s administration, this commemorative pencil with a “waterbug ” dangling from the end was distributed as a favor at a Democratic fundraiser. The slogan printed on the side, “Harry Truman said it, Dick – ‘the bug stops here!’” riffed on President Truman’s famous sign on his desk in the White House: “the buck stops here.”
President Gerald Ford Before House Judiciary Committee
President Gerald R. Ford, just a year after leaving the House, appeared before a subcommittee of the House Judiciary Committee to explain his controversial pardon of former President Richard Nixon to a packed room.

Nixon to Rodino
In response to two subpoenas issued by the House Judiciary Committee for tapes of presidential conversations and the President’s daily diary, President Richard Nixon wrote to chairman Peter Rodino of New Jersey outlining the reasons why he would not comply.

Chairman’s Notebook on Presidential Records Act
This summary and the accompanying memos were prepared for Government Operations Committee Chairman Jack Bascom Brooks of Texas for committee meetings held on July 19, 1978. The committee was considering the Presidential Records Act which prescribed how presidential records are collected and retained, and how the public can access them. The legislation was a response to President Richard Nixon’s attempt to cover up the Watergate scandal and his plans to have Oval Office recordings destroyed after they were transferred to the General Services Administration.

Reporting Live from the House Chamber

Maps in the Archives: Dark Graphics