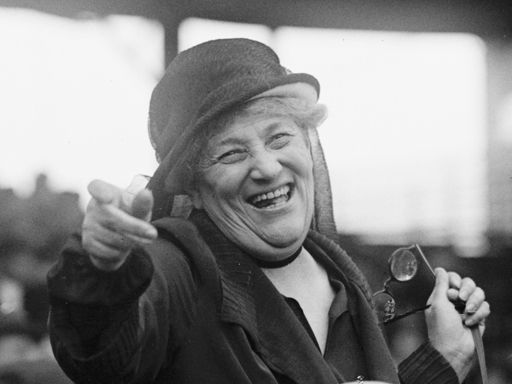 The People of the People’s House

The U.S. House of Representatives is the only branch of federal government elected directly by the citizens of the United States since its founding in 1789. Use searchable profiles and historic lists to discover more about the more than 11,000 individuals elected to the House—as well as information on the officials who have served the institution.

Use the multi-faceted search to learn more about the individuals of “the People’s House.” Search filters allow you to navigate through biographical, bibliographical, and research collection information by date or Congress ranges.

Use a dynamic map to learn more about the House of Representatives. Users can sort by Congress, Leadership, or through the Minorities in Congress series.

Article I, Section 2 of the Constitution states: “The House of Representatives shall chuse their Speaker and other Officers.” When Congress first convened in 1789, the House chose Frederick A.C. Muhlenberg as the first individual to serve as Speaker.

Majority Leaders of the House (1899 to present)

Defined by tradition since the late 19th century, the Majority Leader is charged with scheduling legislation for floor consideration and planning the daily, weekly, and annual legislative agendas.

Minority Leaders of the House (1899 to present)

The floor leader for the "loyal opposition," the Minority Leader serves as the counterpart to the Speaker of the House. He or she speaks for the minority party’s policies and protects its rights.

The Democratic Whip assists his or her party’s leadership with managing its legislative program on the House floor.

The Republican Whip assists his or her party’s leadership with managing its legislative program on the House floor.

The House Democratic Caucus Chairman presides over his or her party’s meetings, which are attended by all Members of the Democratic Party and serve as the forum to elect party leaders at the outset of each new Congress.

The House Republican Conference Chairman presides over his or her party’s meetings, which are attended by all Members of the Republican Party and serve as the forum to elect party leaders at the outset of each new Congress.

Since 1789, 41 Members of the U.S. House of Representatives received at least one Electoral College vote for President.

House Members Who Became Members of the Supreme Court

There have been 17 former House Members who have served on the U.S. Supreme Court. Among this number, two were Chief Justices of the United States.

Research the House with Records and Photographs

Oral History of the House

The House Clerk organizes and presides over the House’s activities at the commencement of each Congress and is charged with a number of legislative functions.

The Sergeant at Arms is the chamber’s principal law enforcement official, charged with maintaining security on the floor and for the House side of the Capitol complex.

Chaplains of the House (1789 to present)

A tradition established by the Continental Congresses, a chaplain has opened House proceedings each day with a prayer since May 1, 1789.

Parliamentarians of the House  (1857 to present)

The Parliamentarian is a nonpartisan official appointed by the Speaker of the House to render objective assistance on legislative and parliamentary procedure to the House of Representatives.

Chief Administrative Officers of the House (1995 to present)

An elected officer for nearly 206 years (1st through 103rd Congresses), the House Doorkeeper controlled access to the chamber and oversaw the press gallery.

An elected officer for nearly 160 years (24th through the 102nd Congresses), the Postmaster managed mail operations in the House of Representatives.

Appointed Officials of the House

House Members Who Served in the Cabinet

More that 100 Members of the U.S. House of Representatives have served in the President’s Cabinet. Consisting of the heads of the 15 Executive Branch departments.

The McCormack Award, created in December 1970, is named for longtime Speaker John W. McCormack of Massachusetts. The award recognizes longtime House employees who have displayed bipartisanship and dedication to the institution.

Named Rooms of the House

Naming rooms in the Capitol and House Office Buildings for Representatives and staff is a rarely bestowed honor that began in 1962.

Where They Worked: Office Assignments

Find out which rooms were used by some of America’s most notable politicians during their House service.