Edition for Educators—Mothers in Congress

/tiles/non-collection/5/5-5-oh_abzug_ferraro.xml Image courtesy of Liz and Eve Abzug, provided by the Office of the Historian, U.S. House of Representatives Liz Abzug posed for a photograph with her mother Representative Bella Abzug, Donna Zaccaro (Ferraro's daughter), and Representative Geraldine Ferraro. Liz Abzug discusses her mother’s career in her oral history.
Only six years elapsed between the 1916 election of Jeannette Rankin of Montana and the 1922 special election victory of Winnifred Sprague Huck of Illinois, the first woman with young children to join the ranks of the U.S. House of Representatives. As more women won election to Congress, they brought new perspectives on women’s lives and health, motherhood, childcare, and education. Though women in Congress have always pursued a broad array of legislative agendas, the first women Members not only represented the interests of women within the boundaries of their districts and states, they also advocated for women across America. For much of the twentieth century, women who served in the House and simultaneously raised children sparked the curiosity of both the media and the public and they often wrestled with conflicting societal expectations of motherhood. Striking a balance between work and family has long been a central part of the lives of working women—no less so for Members of Congress.

This month’s Edition for Educators highlights stories of motherhood in Congress.

Women in Congress, 1917–2020
Like many Americans, many Members of Congress have been working mothers caring for children and families while forging their careers, and they brought these everyday concerns to the legislative branch. For the first 50 years of women in Congress, most women refrained from entering politics until their children were nearly grown or adults. In 1973, Representative Yvonne Brathwaite Burke of California became the first Representative to give birth while in office. It would be more than 20 years before another sitting Member gave birth. Since 1995, however, women Representatives having children while in office has become more commonplace. Congress has also recently taken steps to make it easier for working parents—Members and staff—to succeed, installing lactation rooms for nursing mothers and expanding the childcare services on the House side.

The online exhibit Women in Congress, 1917–2020, explores the challenge of motherhood among many other themes relevant to the complex and nuanced history of women’s service in Congress. Alongside these essays, the exhibit also features charts denoting familial connections in Congress, including women who gave birth while serving in Congress and Members who succeeded fathers or husbands in office. As of 2020, no daughter had ever followed her mother in Congress, and no granddaughter had ever followed her grandmother. But it is certainly just a matter of time. In the twenty-first century, women continue to be elected in numbers that demonstrate they will shape both the future of American politics and the future of the U.S. Congress.

/tiles/non-collection/5/5-5-Huck-PA2013_09_0003c.xml Collection of the U.S. House of Representatives
About this object In 1922, Winnifred Huck became the first woman from Illinois, as well as the first wife and mother, elected to Congress.

Winnifred Sprague Huck
Illinois Representative Winnifred Sprague Huck holds the distinction of being the first wife and mother elected to Congress as well as the first woman to represent Illinois in Congress. Following the death of her father William Ernest Mason, Huck ran for and won the special election to fill the remainder of his term in the 67th Congress (1921–1923). Declaring victory, Huck announced “I am going to take my four children to Washington and get busy.” Though she spent only 14 weeks in Congress, Huck endeavored to carry on her father’s legacy of pacifism following the first World War.

Frances Payne Bolton
The first (and to this point only) mother to serve alongside her son in Congress, Frances Payne Bolton of Ohio lived a colorful life. After losing her only daughter in 1919 during the global influenza pandemic, Bolton spent her recovery time learning yoga and studying eastern religions. When her husband Chester Bolton died in October 1939, Frances ran for and won the special election to his Cleveland-area seat, becoming the first woman elected from Ohio. Bolton supported an increased role for women in the military and dedicated considerable efforts to aiding African nations from her seat on the Foreign Affairs Committee. An inheritance gifted by her uncle made her one of the wealthiest women in the country—money she used to fund her trips to Africa, including one journey that saw her narrowly avoid a bull elephant’s charge on her car. Bolton made history again near the end of her long tenure when her son Oliver Payne Bolton represented a nearby Ohio district for three non-consecutive terms.

Coya Knutson of Minnesota
In 1958, Minnesotan Coya Knutson’s political opponents dramatically derailed her congressional career by conspiring with her husband to publish an open letter that painted her in the press as abandoning her husband and son for political ambition. The reprinted letter led one newspaper to coin the phrase “Coya, Come Home,” and it captured national attention. Before her narrow loss in the 1958 election, Knutson spent her four years in Congress pushing for increased federal aid and price supports for farms like her own. She also drew on her experience as a teacher to lay the foundation for federal student financial aid programs before her career was brought to a premature end.

/tiles/non-collection/5/5-5-Jenckes-Daughter-PA2015_11_0017c.xml
Ebony magazine frequently featured Congresswoman Yvonne Burke on its covers. This 1974 issue highlighted her status as the first woman to give birth while serving in Congress, and her newborn daughter joined her for the cover image. Inside the magazine, Burke penned an impassioned article entitled “The Kind of World I Want for My Child.”
Katharine Edgar Byron of Maryland came to the House in 1941 following her husband William Devereux Byron’s death in a tragic plane crash. A mother of five boys, Katharine completed her husband’s term in the 77th Congress (1941–1943).
Continuing a family tradition, Kentucky Representative Katherine Gudger Langley hired her daughter as her secretary. Langley had previously worked as a secretary for her own father James Madison Gudger. In an era of limited staff, Members often enlisted their children and relatives to help run their offices.
An anti-interventionist group called the American Mothers Crusade Against H.R. 1776 or Crusading Mothers for short, descended on Capitol Hill on February 13, 1941, to oppose the Lend-Lease Bill (H.R. 1776).
Funding for staff on Capitol Hill remained limited through the first half of the twentieth century. Like many other Members of Congress, Indiana Representative Virginia Ellis Jenckes employed her daughter as an office secretary.

The First National Celebration of Mother’s Day
On May 11, 1913, the Members of the House of Representatives wore white carnations to honor American mothers in the Capitol's first observance of Mother’s Day. Representative James Heflin of Alabama introduced House Resolution 103 on May 10th requesting President Woodrow Wilson, members of his Cabinet, the U.S. Senate, the U.S. House of Representatives, and other federal officials to don white carnations, "or some other white flower," to honor mothers for being "the greatest source of our country’s strength and inspiration.”

An Organization Called the Daughters of the House
On February 5, 1938, the Daughters of the House met in Washington, DC, to elect officers for a social club composed of daughters, daughters-in-law, and nieces of Members of the House of Representatives. Organized in 1937 to “enable new girls in the congressional group to meet those who have been here in previous seasons and to bring together those of congenial interests,” Betty Lou Massingale, daughter of Samuel Massingale of Oklahoma, served as the group’s first president.

Being a Member of Congress with Young Children
The Honorable Patricia Scott Schroeder describes the difficulty of maintaining professionalism while traveling with her young children.
Mothers in Congress
The Honorable Susan Molinari recalls serving in Congress as the mother of an infant.
Being a Working Mother
Betsy Wright Hawkings describes the difficulties of building a career as a working mother.
Impact of Being a Mother in Congress
The Honorable Deborah D. Pryce talks about how being a mother influenced her role as a legislator.
Working Mom
The Honorable Ileana Ros-Lehtinen discusses the obstacles she faced when running for Congress as a mother with young children.
Life as a Child of a Member of Congress
Detailed account of the close connection between family life and politics for the Boggs family. 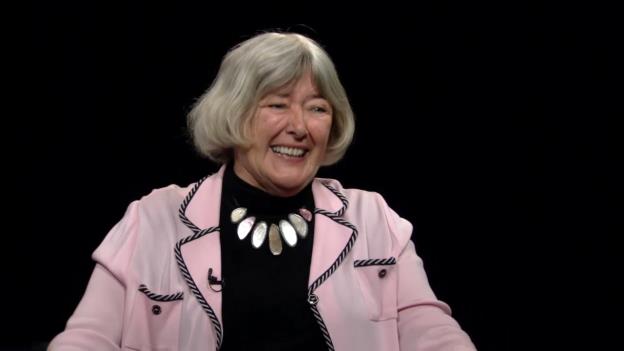 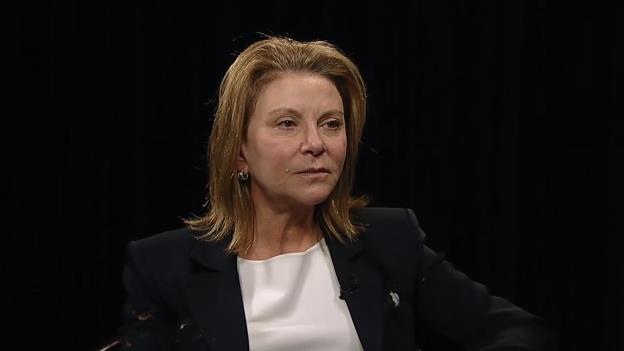 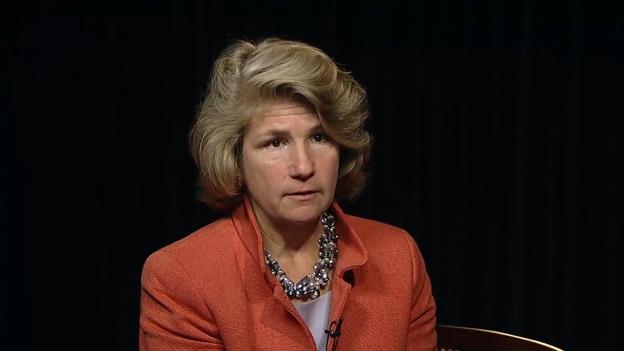 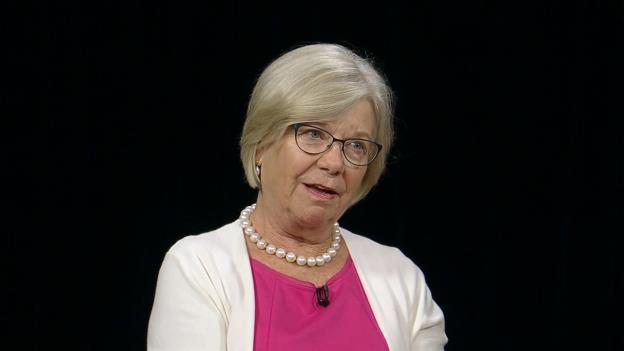 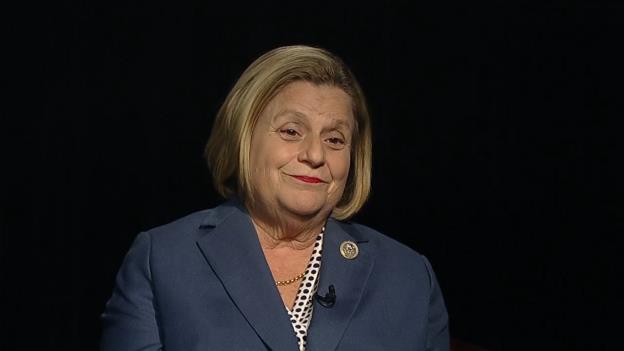 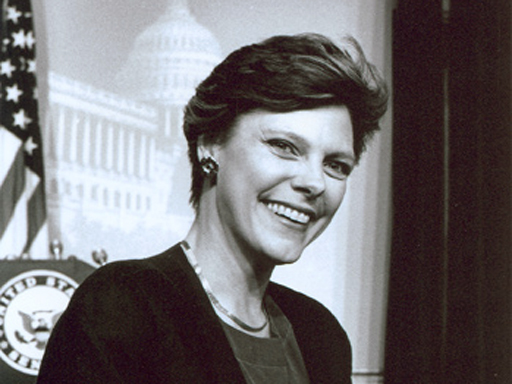 Maternity and Infancy Hygiene Bill
In 1918, 16,000 American mothers died in childbirth and 250,000 infants died per year, often from preventable causes that resulted from lack of proper prenatal or obstetrical care. Women and infants in rural areas were at particularly high risk. In response to these conditions, Jeannette Rankin introduced H.R. 12634.

The early version of the bill in our Records Search shows typesetting marks, written in pencil, that indicate how the text should appear when printed. The marks may have been added by the committee during a markup or at the Government Printing Office (now called the Government Publishing Office), where government documents are produced and distributed. Though this bill did not pass, Congress eventually approved the Sheppard-Towner Maternity and Infancy Protection Act of 1921, which grew out of the legislation Rankin introduced.

/tiles/non-collection/5/5-5-oh_mink_campaign.xml Image courtesy of Gwendolyn Mink, provided by the Office of the Historian, U.S. House of Representatives Gwendolyn Mink joined her mother Patsy Mink on the campaign trail in 1968. Mink shares several memories of her mother’s storied congressional career in her oral history series.

Somebody Was Going to Be the First
During the 1970s, amid the women’s liberation movement, women across the country fought for equal rights and for a louder voice in the decision-making process on a wide range of domestic and international issues. Women Members elected during this decade often brought feminist ideals and a new style of governing to the House that had a significant effect on the institution. Capitol Hill also became more diverse, as women of color—Members and staff alike—won election to and took jobs in the House, changing a powerful workplace which had been dominated by White men since its inception. The stories of three women from this era—Representative Yvonne Brathwaite Burke; Felda Looper, who served as a House Page; and Arva Marie Johnson, the first African-American woman officer on the Capitol Police—illustrate how women won and took advantage of new opportunities, leaving their mark on the Capitol as history-making pathbreakers.

“How Does She Do This?”: Mothers in Congress
To commemorate the centennial of the election of the first woman to Congress, Jeannette Rankin of Montana, the Office of the Historian conducted interviews with former women Members and staff. The interviews covered a range of topics, including a growing phenomenon—the election of women with young children. By 1998, more than 20 percent of women Members came to Congress with children under the age of 18. In their oral histories, Congresswomen revealed how they approached the responsibilities of raising young children and working in the public spotlight with the humor, creativity, flexibility, and patience required to balance home life with a demanding job.

“How Does She Do This?”: Mothers in Congress

“Congress Took No Further Action”: Women and the Right to Petition

Centennial of the Department of Labor Women’s Bureau