/tiles/non-collection/3/3-25-Committee-PA2015_07_0011.xml Collection of the U.S. House of Representatives
About this object Staff with diverse interests and experience were needed to keep up with the many different areas of expertise the House Interior and Insular Affairs Committee addressed.
Since the opening of the 65th Congress (1917–1919), 397 women have served on the Hill as Representatives, Senators, Delegates, and Resident Commissioners. Women have held seats in Congress from 49 of 50 states, as well as Washington, DC, Puerto Rico, Guam, the U.S. Virgin Islands, and American Samoa. From Representative Jeannette Rankin’s 1916 election as the first woman in Congress to the 2007 election of Nancy Pelosi of California as the first woman Speaker, the stories of women lawmakers over the previous 105 years are well known and well documented.

Much less known, however, are the stories of the thousands of women who have worked for the House.

In the second half of the nineteenth century, when Members had few if any staff, and the House employed relatively few people as clerks in committee and on the floor, women entrepreneurs often operated concession stands in and around the Capitol. They sold apples and pies and sandwiches. At her shop near the Rotunda, a woman named Clara Morris offered photographs and guidebooks for sale to tourists and visitors.

By the first decades of the twentieth century, women began taking staff positions in Member and committee offices, quickly moving into leadership positions. Stella Deffenbaugh worked as a stenographer for Representative Frank Mondell of Wyoming before running his office in the Capitol when Mondell became Majority Leader in 1919. Only a few years later, in 1925, Mildred Reeves became the top aide to Speaker Nicholas Longworth of Ohio—a position equivalent to today’s chief of staff. Over the course of the twentieth century, pathbreaking women staff members at all levels overcame widespread workplace inequality to help write and pass vital federal policy while assisting countless constituents with an endless number of requests.

/tiles/non-collection/3/3-25-2015SOTU-PA2018_08_0002.xml Collection of the U.S. House of Representatives In this image of President Barack Obama’s 2015 State of the Union Address, Clerk of the House Karen Haas is seated near Speaker John Boehner. House Archivist Robin Reeder can be seen in the bottom-right of the photo.
Women have also served as high-ranking House Officers. Since 1995, four women have served as Clerk of the House. And in 2021, with the opening of the 117th Congress (2021–2023), Catherine Szpindor became the first woman to serve as the Chief Administrator of the House and Margaret Grun Kibben became the first woman to serve as the House Chaplain.

This Edition for Educators explores the experiences of women who—through their challenges and triumphs—have transformed Congress and opened new opportunities for others to work in government.

Importance of Women Staff
The Honorable Jill Lynette Long Thompson speaks about the value of women staff on Capitol Hill.
Women Staff in the 1970s
Linda Melconian explains the lack of opportunities and pay disparities facing women staff in the 1970s.
House Dress Code
Linda Steele remembers how she dressed for work in the early 1960s.
Challenge to the Institutional Structure
Carlottia Scott discusses the obstacles she faced in the House as an African-American woman.
"I Could Be Just Like Her"
Jennice Fuentes hopes her time as chief of staff inspires young women of color.
Salary of a Married Woman
Patricia Schwartz describes the way marital status created inequalities in pay.
On Being the First Black Capitol Police Woman
Arva Marie Johnson reflects on what it meant to be the first African-American woman on the Capitol Police Force. 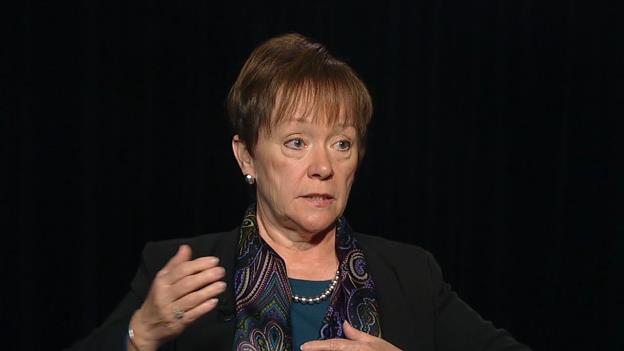 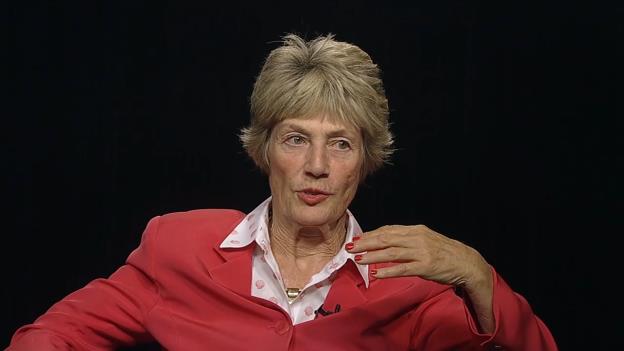 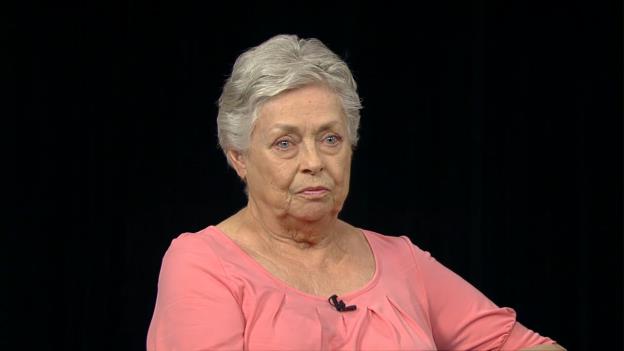 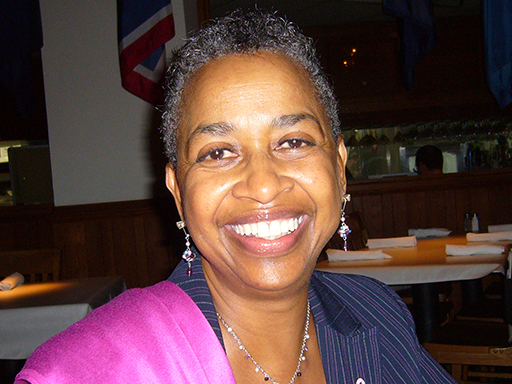 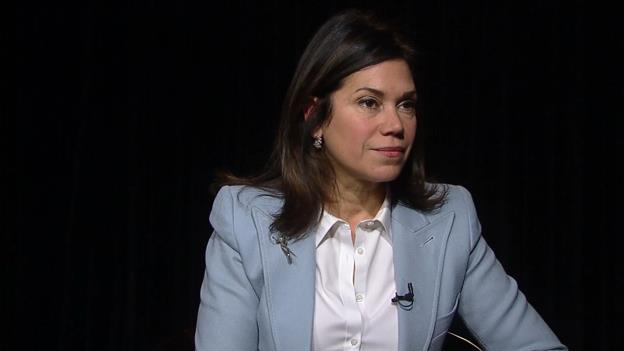 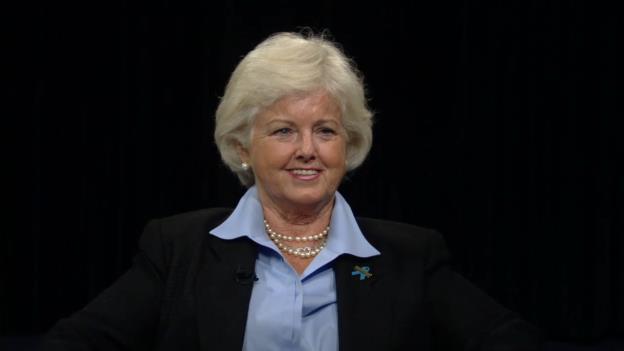 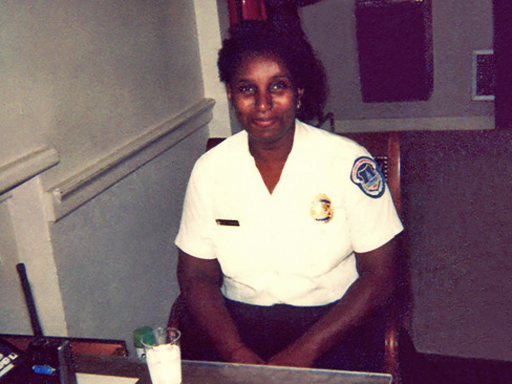 /tiles/non-collection/3/3-25-Jarrett-PA2014_09_0069d.xml Collection of the U.S. House of Representatives
About this object William “Silent Bill” Jarrett, delegate from the Hawaiian Territory, used this image to announce that his stepdaughter Maude Bomonti was both his assistant and campaign manager.
The Five Dunn Sisters Work for the House
On April 8, 1924, the five Dunn sisters ate lunch on the terrace of the House Office Building and sat for a series of photographs. The sisters occupy a unique place in House history as all five—Goldie, Vera, Billie, Marguerite (Marge), and Jean—worked as secretaries for various House Members.

Representative Eliza Jane Pratt of North Carolina
On May 25, 1946, Eliza Jane Pratt became the first woman to represent North Carolina in the House of Representatives. A longtime legislative aide for four North Carolina lawmakers (William C. Hammer, Hinton James, J. Walter Lambeth, and William O. Burgin), Pratt developed a rapport with voters and an extensive knowledge of their legislative interests. When Burgin died during his fourth term in the House on April 11, 1946, the North Carolina Democratic executive committee debated only 30 minutes before nominating Pratt over six other candidates to run for the vacant congressional seat.

The First Black Capitol Police Woman
On October 5, 1974, Arva “Marie” Johnson became the first African-American woman to serve on the Capitol Police force. When the Capitol Police—the congressional law enforcement agency originally founded in 1828—opened its ranks to women in 1974, Johnson applied and was hired. At the age of 24, she joined three other women officers in the inaugural class. Johnson holds the distinction of being the first Black woman on the force, as well as the first woman in uniform—two of the women officers worked a plain-clothes detail.

/tiles/non-collection/3/3-25-Weather-PA2012_04_0035-1.xml
Juanita Barbee
Representative Gus Hawkins of California and his assistant Juanita Barbee inspected a new reading textbook in 1965. Unlike most earlier textbooks, this volume featured African-American students Mike, Pam, and Penny alongside the archetypal textbook characters Dick and Jane.
Margaret McMann
Though she officially worked as secretary for House Speaker Henry Rainey of Illinois, Margaret McMann was known unofficially as “advisor-in-chief” to new Members and their families. A font of knowledge about Washington and the Capitol, she also gave tips about how to organize congressional offices and hire personnel.
Harriott G. Daley
Harriott G. Daley became the first Capitol switchboard operator in 1898, answering fewer than 200 calls per day. Operators, known as “hello girls,” were trusted to handle the most sensitive political phone calls.
Ettie Garner
Ettie Garner, the wife and trusted advisor of Speaker John Nance Garner of Texas, served as his secretary for thirty years. A vital force and capable administrator throughout her career, she ran the Speaker’s Office, directing the staff managing correspondence and constituent issues. Many spouses worked as the Members’ political advisors during the early twentieth century, a time of relatively limited staff on Capitol Hill.
Weather Forecasting
In 1947, staff members Esther Ebert and Ethel Bern were responsible for updating a weather map in the Speaker’s Lobby, immediately off the House Floor. With a glance at the enormous board, Representatives could see the weather in their districts.

/tiles/non-collection/3/3-25-Reeves-PA2018_07_0024.xml Collection of the U.S. House of Representatives
About this object Mildred Reeves was Ohio Representative Nicholas Longworth’s most trusted aide by the time this picture was taken in 1925, the same year Longworth became Speaker of the House.
Mildred Reeves and the Quiet Revolution
Sometime around 1916 or 1917, the exact date isn’t clear, a woman in her early 20s from Washington, DC, named Mildred Reeves took a job in the office of Congressman Nicholas Longworth, an up-and-coming Republican legislator from Ohio. Within just two years or so, Reeves had gone from a minor role handling the mail to becoming one of Longworth’s chief aides, responsible for running his office—a position equivalent to today’s chief of staff.

Through Her Lens
With a bounce in her step and a camera in hand, Dolly Seelmeyer walked through the halls of the United States Capitol, from 1972 to 2004, as the first female House photographer, ready to prove she could do anything a male photographer could do—“and do it better.”

“You’ve Won Your Way Into Our Hearts”
For more than 70 years, Helen Sewell, a hard-working and modest woman, ran a cramped lunch counter in the corner of the L-shaped Republican Cloakroom reserved for Members of Congress just off the House Floor. Known as a “living legend” who “helped keep this institution human when the going gets tough,” Sewell befriended generations of lawmakers and House Pages before retiring in 2005.

Edition for Educators—Through the Glass Ceiling

A Womanly Woman with Womanly Ambitions