Edition for Educators—Ways and Means

“All Bills for raising Revenue shall originate in the House of Representatives; but the Senate may propose or concur with amendments as on other Bills.”
— U.S. Constitution, Article I, section 7, clause 1

In 1921, brand-new Treasury Secretary Andrew Mellon appeared before the Ways and Means Committee. Chairman Joseph Fordney sits at the head of the table, ready to consider Mellon’s suggestions.

The framers of the Constitution believed that the power of the purse—the power to tax and spend—should be exercised by the branch of the federal government most closely tied to the voters: Congress, and more particularly the House, whose Members were directly elected by the American people. During debate over the establishment of the Treasury Department in the 1st Congress (1789–1791), the House acted on that constitutional prerogative by appointing a select committee “to prepare an estimate of supplies requisite for the service of the United States the current year, and to report thereupon.” The ardent Federalist Thomas Fitzsimons, a Pennsylvania merchant and banker, had proposed creating this Select Committee on Ways and Means and the House tapped him to chair it. But this early incarnation of the panel left no record of its work, never issued a report, and was discharged weeks prior to the appointment of Alexander Hamilton as the first Secretary of the Treasury in September 1789. What arguably became the most powerful committee in the United States Congress briefly blinked out of existence.

/tiles/non-collection/7/7-18-Frank-Leslie-2009_129_002.xml Collection of the U.S. House of Representatives
About this object In 1888, Leslie’s Illustrated Newspaper provided its readers with portraits of members of the House Ways and Means Committee as debates over tariffs and taxes raged in the House.

The House resurrected the committee in March 1794, during the 3rd Congress (1793–1795), as opponents of Secretary Hamilton’s centralized fiscal policies drove Congress to reassert control over the federal purse strings. In the 4th Congress (1795–1797) , the committee was renewed as a select panel and over the next few years it slowly established itself as a full-fledged legislative bulwark against executive-driven monetary policy. By the opening of the 7th Congress (1801–1803), Ways and Means formally became a standing committee in the House Rules and has remained so since. The early committee reviewed budget estimates, entertained private petitions for tax relief, and considered new revenue proposals. For much of the first half of the nineteenth century, Ways and Means consolidated its power against other committees by taking sole jurisdiction over all tariff policy as well as appropriations and banking policies. In an era before formal party leadership positions existed in Congress, Ways and Means chairs usually served as the de facto floor leaders for legislation. By the Civil War and the chairmanship of Thaddeus Stevens of Pennsylvania, the committee’s sprawling jurisdiction led to administrative changes, including the employment of a permanent clerk and the use of specialized subcommittees to review individual proposals. During the war its workload became so onerous that in the spring of 1865, in a major committee realignment, its jurisdiction was split. Ways and Means retained its purview over all tax legislation, while two new committees—the Committee on Appropriations and the Committee on Banking—were created to oversee federal spending and national banking policies, respectively.

The Ways and Means Committee’s influence grew alongside the increasing importance of the nation’s primary revenue generators—tariffs in the nineteenth century and income tax in the twentieth and twenty-first centuries. The development of old-age and social safety-net programs during the eras of New Deal and Great Society legislation, from Social Security to Medicare, expanded the committee’s authority. The Ways and Means Committee remains a vital element in most large-scale legislation—ranging from tax bills to health care due to its broad jurisdiction over revenue measures.

This Edition for Educators focuses on the committee’s origins, some of its leading people, and House collection objects related to its history.

/tiles/non-collection/7/7-18-Doughton-2002_021_004-2.xml Collection of the U.S. House of Representatives
About this object The longest-serving chair of the Ways and Means Committee, Robert Doughton was instrumental in the passage of major New Deal legislation. He is also credited with the creation of the Blue Ridge Parkway, which first broke ground in his home county of Allegheny in 1935.

Origins and Development: Power of the Purse
Congress—and in particular, the House of Representatives—is invested with the “power of the purse,” the ability to tax and spend public money for the national government. The 1st Congress (1789–1791) passed the first federal appropriations act—a mere 13 lines long—a few months after it convened. The law funded the government, including important pensions for Revolutionary War veterans, with just $639,000—an amount in the tens of millions in modern dollars. This simple process was short-lived. Over time, nine regular appropriation bills emerged and funded such priorities as pensions, harbors, the post office, and the military. These were considered on an annual basis by the late 1850s. During these early years, the House Committee on Ways and Means, which also had jurisdiction over tax policy, controlled the appropriations process.

House Committees Bibliography
This bibliography is a compilation of both official House histories and scholarly analyses of House committees. While not an exhaustive list, it is meant to help researchers and students gain a more sophisticated understanding of the institutional developments and personalities that have shaped the House committee system.

Education Fact Sheet
This fact sheet for classroom use provides a foundation for teachers to use when discussing the development and operation of committees in the U.S. House of Representatives, including the impactful Committee on Ways and Means.

/tiles/non-collection/7/7-18-Wilbur-Mills-2002_021_012.xml Collection of the U.S. House of Representatives
About this object The portrait of Ways and Means Committee Chair Wilbur Mills was unveiled on July 16, 1958. This is the last of the five chair portraits by artist Boris Gordon commissioned by the committee.

Robert L. Doughton of North Carolina
The longest-serving chair of the Committee on Ways and Means (though his tenure was interrupted by a Republican majority from 1947 to 1949), Robert Doughton led the committee for 18 years. Doughton’s committee oversaw the financing of New Deal programs, helped launch Social Security, and provided the revenue that funded World War II, the Korean War, and significant foreign aid at the outset of the Cold War. Doughton, a farmer and banker prior to his congressional career, embraced a pay-as-you-go mentality while working with the Franklin Delano Roosevelt administration to rewrite tax legislation in the face of the Great Depression. He retired from Congress in 1953 and died a year later.

Wilbur Mills of Arkansas
The Arkansas Democrat led the Ways and Means Committee from 1957 through 1975. The committee produced numerous substantial legislative achievements as part of Lyndon B. Johnson’s Great Society programs, including several amendments to Social Security, the development of Medicare, and several tax reduction and reform acts. Most committee legislation escaped amendments during Mills’s tenure due to carefully crafted rules for considering each bill, and the chair had a knack for getting his way in conference committees with the U.S. Senate. With calls for reining in the power of committee chairs, and facing his own personal scandal, Mills resigned as chair in 1974 and retired from Congress the following term.

Martha Griffiths of Michigan
Known as the “Mother of the ERA,” Martha Wright Griffiths, a peppery and quick-witted Detroit Representative, was a key figure in bringing women’s rights legislation to successful passage in Congress. During her 20 years in the U.S. House, Representative Griffiths compiled a distinguished record on tax reform and civil rights. She also was the first woman to serve on the powerful Ways and Means Committee.

The Select Committee on Ways and Means
On July 24, 1789, during the 1st Congress (1789–1791) the House of Representatives created the Select Committee on Ways and Means. The committee was reconstituted as a select committee in 1794 and was renewed as such until the opening of the 7th Congress (1801–1803). Although the House assigned Ways and Means the responsibility to review matters of taxation and finance, the committee’s jurisdiction also covered revenue and spending bills and eventually extended to oversight of social welfare programs in the twentieth century.

/tiles/non-collection/7/7-18-New-Meeting-Place-2008_130_039.xml Collection of the U.S. House of Representatives
About this object In 1940, the Ways and Means Committee occupied the largest hearing room in the House. From 1949 to 1951, it also served as the House’s meeting place during renovations in the Chamber.

The McKinley Tariff of 1890
On October 1, 1890, the McKinley Tariff of 1890 became law—boosting protective tariff rates nearly 50 percent on average for many American products. Ways and Means Committee Chair William McKinley of Ohio led the effort in the House. The new legislation increased rates for many manufactured goods, while it placed items such as sugar and coffee on the free list. Much of the public viewed the tariff as a boon to wealthy Gilded-Age industrialists and its passage contributed to the flip of the Republican-controlled House to a Democratic majority in the fall 1890 elections.

The Override of President Franklin D. Roosevelt’s Revenue Act of 1943
On February 24, 1944, the House voted 299 to 95 to override President Franklin D. Roosevelt’s veto of the Revenue Act of 1943 (H. R. 3687), followed by the Senate a day later. Although Roosevelt asked for $10.5 billion, the Ways and Means Committee drastically cut the amount to around $2 billion. It marked the first time in U.S. history that Congress enacted a revenue law without presidential approval. 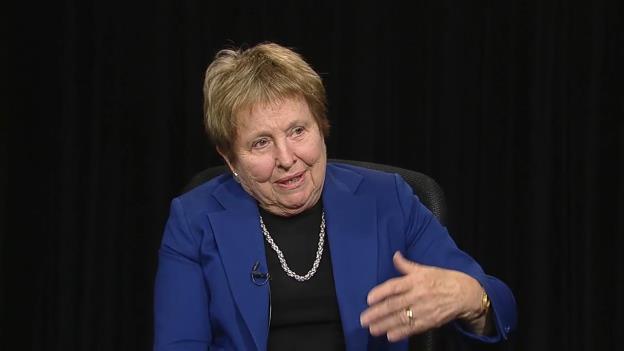 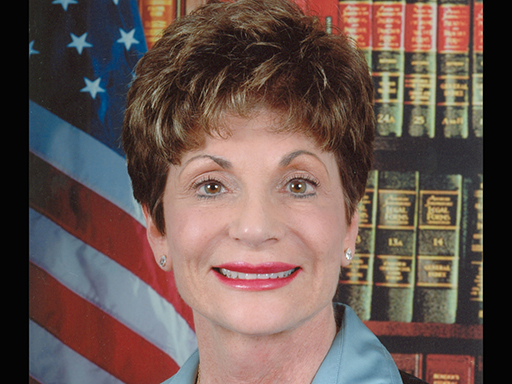 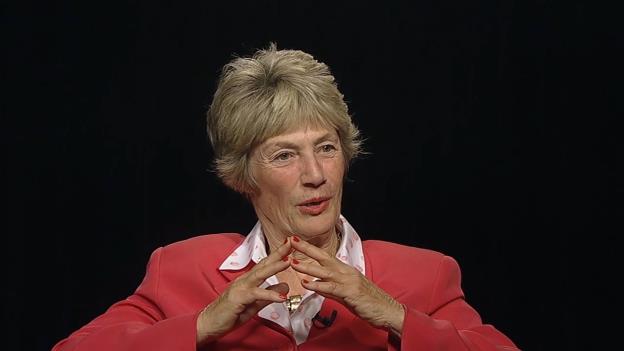 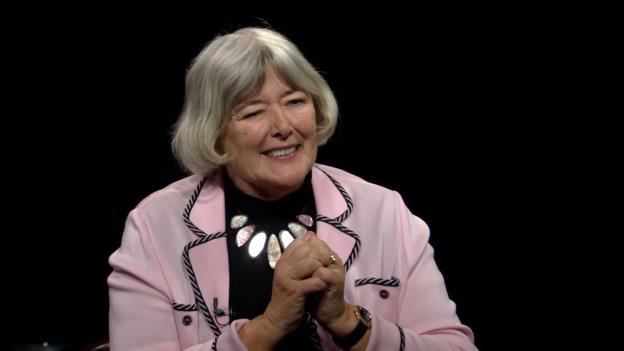 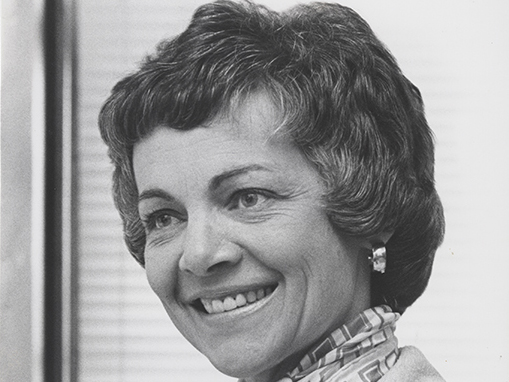 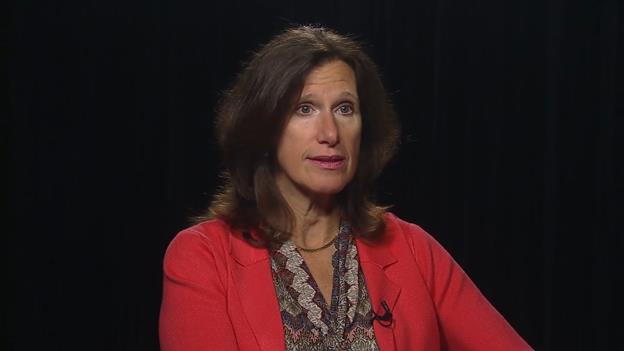 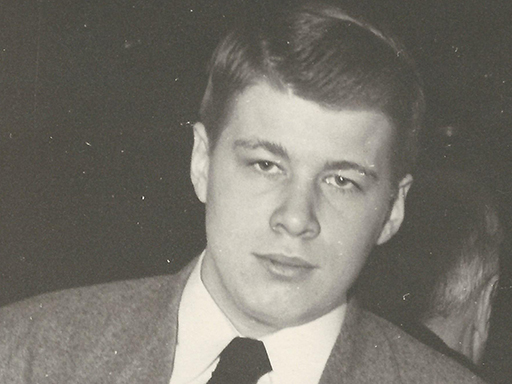 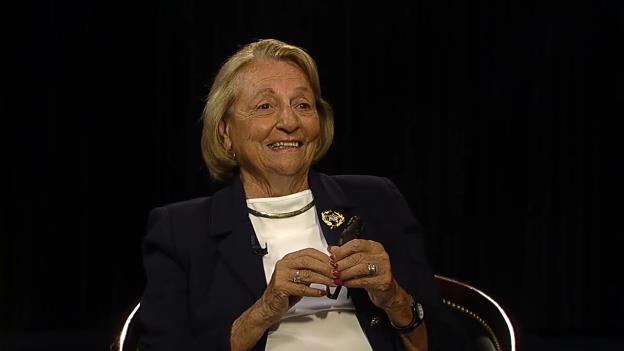 See more video and audio clips about Ways and Means on our Oral History page.

Give Us Pure Lager Beer Petition
This petition was sent to the House from citizens of Avon, New York, who supported a bill before the Ways and Means Committee that defined the required ingredients of lager beer. The petitioners warned that “adulterants such as corn, rice, starch, glucose and other substitutes,” when used instead of malt and hops, may affect the purity of beer, as well as the drinker’s health. The petition ends with a final endorsement for beer: “Pure and unadulterated, it is not only a mild, but an exceedingly wholesome beverage.”

/tiles/non-collection/7/7-18-Harry-Parker-PA2020_07_0049.xml Collection of the U.S. House of Representatives
About this object For more than 40 years, Harry Parker worked for the Ways and Means Committee. Upon his retirement, he received recognition on the House Floor for his tireless service.

“Harry Needs a Rest”
In an institution still largely segregated and even unwelcoming to its African-American Members in the 1930s, Harry Parker’s six decades of loyal service to the House engendered respect and affection. The New York Times described the House Chamber’s 1937 celebration of Parker as the “most extraordinary tribute ever paid” to an African-American in the House up to that point. Hired by future President William McKinley when he was a Member of the House, Parker worked as a doorkeeper and aide to the House Ways and Means Committee for more than 40 years.

Hollywood’s Love Affair with Thaddeus Stevens
Representative Thaddeus Stevens was chair of the Ways and Means Committee and the Appropriations Committee. In debate, his adversaries feared the sting of Stevens’s tongue. As leader of the Radical Republicans during the Civil War and its immediate aftermath, Stevens wielded great influence in Congress until his death in 1868. A strong opponent of slavery, he championed the equality of African Americans before the law and in society. Gaunt, grim, and badly bewigged, Stevens would appear to be a poor candidate for the silver screen. Yet, he has appeared as a major character in three movies, each of which portrayed him in a different light.

Edition for Educators—Transportation and Infrastructure