Edition for Educators—Hispanic Leadership in the House

/tiles/non-collection/1/10-5-Hernandez-LOC.xml Image courtesy of the Library of Congress Selected by Florida's territorial legislative council in late 1822, Joseph Hernández was the first Hispanic Member of Congress and the first Territorial Delegate to represent Florida when he was sworn into the House on January 3, 1823.
In 1823 Delegate Joseph Marion Hernández of Florida became the first Hispanic American to serve in Congress. During his brief term, Hernández worked to untangle land ownership claims in the new U.S. territory and secured funding for road-building projects. Like Hernández, many of the first Hispanic lawmakers to serve on Capitol Hill in the nineteenth and early twentieth centuries represented American territories, in particular New Mexico and Puerto Rico. From the 1850s until statehood in 1912, for instance, nine of the 18 Territorial Delegates who represented New Mexico in Congress were Hispanic.

In 1876 Representative Romualdo Pacheco of California won election as the first Hispanic Member with full voting rights in Congress. During his three terms in the House, Pacheco also became the first Hispanic lawmaker to chair a committee. After Pacheco retired in 1883, 30 years passed before another Hispanic Representative, Ladislas Lazaro of Louisiana, won election to Congress.

Hispanic representation gradually increased in the second half of the twentieth century. After World War II, Hispanic Members rose to positions of prominence both in committees and in party leadership. Influential Representatives including Edward R. Roybal of California, Eligio “Kika” de la Garza II of Texas, and Ileana Ros-Lehtinen of Florida chaired powerful committees and subcommittees where they set policy, crafted major federal programs, and funded the government.

In celebration of Hispanic Heritage Month, this Edition for Educators highlights Hispanic Representatives in leadership roles throughout the history of the House.

/tiles/non-collection/1/10-5-Serrano-Mfume-LOC.xml Image courtesy of the Library of Congress José Serrano of New York joined Kweisi Mfume of Maryland at a joint event for the Congressional Hispanic and Black Caucuses in 1993.

The Creation and Evolution of the National Hispanic Heritage Celebration
On September 17, 1968, President Lyndon B. Johnson signed a law creating National Hispanic Heritage Week. In the 90th Congress (1967–1969), Representative George Edward Brown of California submitted H.J. Res. 1299, which easily passed the House; the bill authorized the President to designate the week of September 15 as National Hispanic Heritage Week. In 1987, Representative Esteban Torres of California submitted H.R. 3182, a bill to expand Hispanic Heritage Week into Hispanic Heritage Month. In his remarks, Torres noted that supporters of the legislation “want the American people to learn of our heritage. We want the public to know that we share a legacy with the rest of the country, a legacy that includes artists, writers, Olympic champions, and leaders in business, government, cinema, and science.” The month-long celebration, according to Torres, “will allow our Nation to properly observe and coordinate events and activities to celebrate Hispanic culture and achievement.” Although Torres’s bill died in committee, similar legislation creating Hispanic Heritage Month introduced by Senator Paul Simon of Illinois passed Congress and was signed into law by President Ronald Reagan on August 17, 1988.

/tiles/non-collection/1/10-5-House-Menu-Kika-Signature-2007_127_001.xml
Henry Barbosa González
Henry Barbosa González of Texas served from 1961 to 1999, retiring as the longest-serving Hispanic Member of Congress. This portrait commemorates his service as the chairman of the House Banking Committee.
Romualdo Pacheco
This portrait of the first Hispanic Representative, Romualdo Pacheco, was unveiled in 2005.
Tony Coelho
Tony Coelho of California was the first Hispanic Congressman to attain a top leadership post. This photograph was included in the Congressional Pictorial Directory for the 96th Congress (1979–1981).
Ileana Ros-Lehtinen Enviemos La De Más Experiencia Al Congreso Campaign Mailer
The first Latina elected to Congress, Ileana Ros-Lehtinen of Florida produced campaign materials for her district constituents in both English and Spanish.
House Restaurant Menu
This 1973 Members’ Dining Room menu with a personal message from Kika de la Garza to his visiting constituents exemplifies the effect of the personal interaction on the more universal experience of visiting the Capitol.

Crafting Identity
Hispanic Representatives in the modern era (1977 to the present) have led the passage of major legislation, created meaningful new ways to promote Hispanic interests, and attained prominent positions atop committees and within party leadership. This essay, included in Hispanic Americans in Congress, 1822–2012, explores the leadership roles Hispanic Representatives have held since 1977. 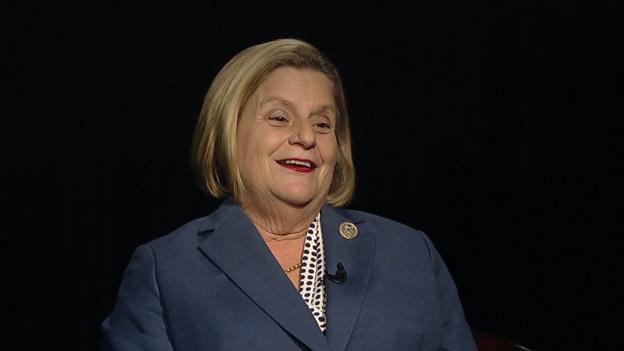 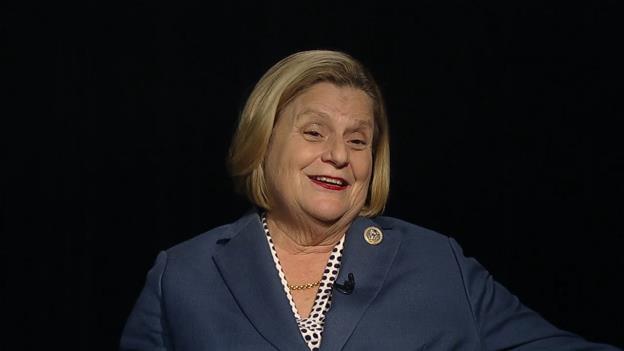 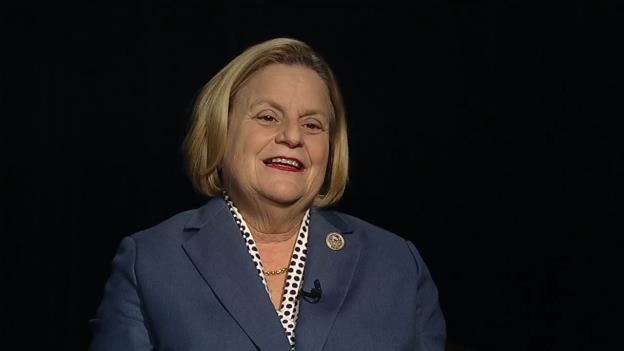 Romualdo Pacheco of California
The nation’s first Hispanic Representative was the privileged stepson of a prominent merchant and landowner on the Pacific frontier. Elected to represent a southern California district, Pacheco battled a contested election to take his seat in the 45th Congress (1877–1879), but was ultimately unseated when the Committee on Elections ruled his opponent had won by four votes. Pacheco ran again in 1878 and won. When Republicans entered the majority in the 47th Congress (1881–1883), Pacheco was named chair of the Committee on Private Land Claims, making him the first Hispanic Member to lead a congressional committee.

/tiles/non-collection/1/10-5-Kika-Portrait-2007_105_000.xml Collection of the U.S. House of Representatives
About this object This painting of Agriculture Committee Chair Kika de la Garza is the only watercolor in the House’s collection of committee chairmen portraits.
Eligio “Kika” de la Garza II of Texas
A Korean war veteran from South Texas, de la Garza became inextricably linked with the agricultural policies of President Johnson’s Great Society during his tenure in Congress. Assigned to the Agriculture Committee during his first term in office in 1965, de la Garza immediately tended to the needs of his rural constituency. During his second term, he chaired the subcommittee overseeing the Department of Agriculture, a position he held until taking up the gavel for the full Agriculture Committee in the 97th Congress (1981–1983). The longtime Texas lawmaker was the first Hispanic Member to chair a formal subcommittee and the first to chair a standing House committee since 1945.

Tony Coehlo of California
Tony Coelho first arrived on Capitol Hill as a staffer for Representative Bernie Sisk, a powerful California Member with significant ties to party leadership. When Sisk retired, Coelho ran to replace his mentor in California’s Central Valley. Coelho quickly developed a reputation as an excellent fundraiser, attracting the attention of party leadership who selected him as chair of the Democratic Congressional Campaign Committee (DCCC). Coelho followed Lyndon B. Johnson as the second junior Member ever to be selected to head the DCCC. When Representative Tom Foley became Majority Leader in the 100th Congress (1987–1989), Coelho won election to succeed Foley as Democratic Whip, becoming the first Hispanic Member to win a seat in party leadership.

Edward R. Roybal of California
In his 30 industrious years on Capitol Hill, Edward R. Roybal rose to power by shaping legislation on behalf of the underprivileged. Serving the sick and the elderly, nonprofits, and non-native English speakers, Roybal never seemed to waver from the course he first set as a member of the Los Angeles city council. A cofounder of the Congressional Hispanic Caucus (CHC) and its first chairman, Roybal was among the country’s most influential Hispanic politicians.

Edition for Educators—Hispanic Americans in Congress in their Own Words

Getting a Foot in the (Chamber) Door